Sciatica and painful diabetic neuropathy (PDN) affect approximately 40 million patients in EU and US. Currently there is no registered drug for sciatica and around  50% of patients with PDN are inadequately treated.

With its unique and reparative mechanism, SB0101 is poised to become a first-in-class therapeutic and has demonstrated  clinically meaningful  effects in both a phase I multiascending dose study and in a multicenter phase IIa proof-of-concept study in chronic sciatica.  Encouraged by these positive clinical data we are ready to initiate phase IIb trials, IND approved by the FDA.

The pain associated with sciatica and PDN originates from diseased sensory neurons that mediate sensations including pressure and heat from arms and legs to the spinal cord and brain. In sciatica, a physical compression of the sensory nerves entering the spinal cord causes pain, while the sensory neuropathy and pain in PDN are caused by metabolic induced nerve injury. For both sciatica and PDN there are  great medical needs for safe and efficacious therapies. Based on preclinical and clinical data SB0101 has the potential to  protecting, restoring, and regenerating sensory neurons and thereby significantly reduce the pain and increase the quality of life. 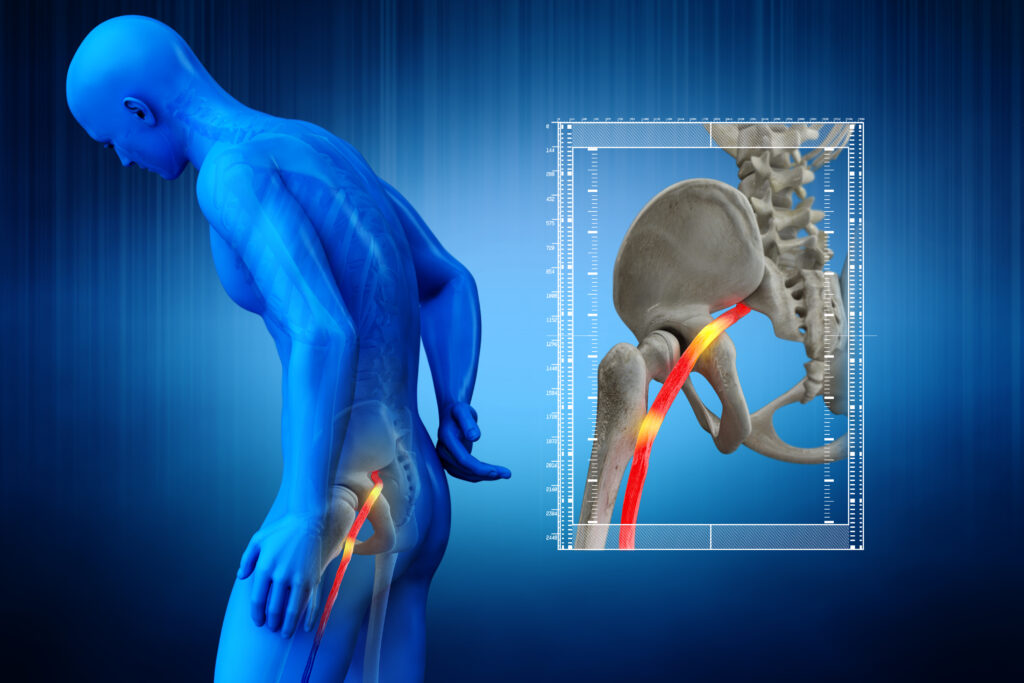 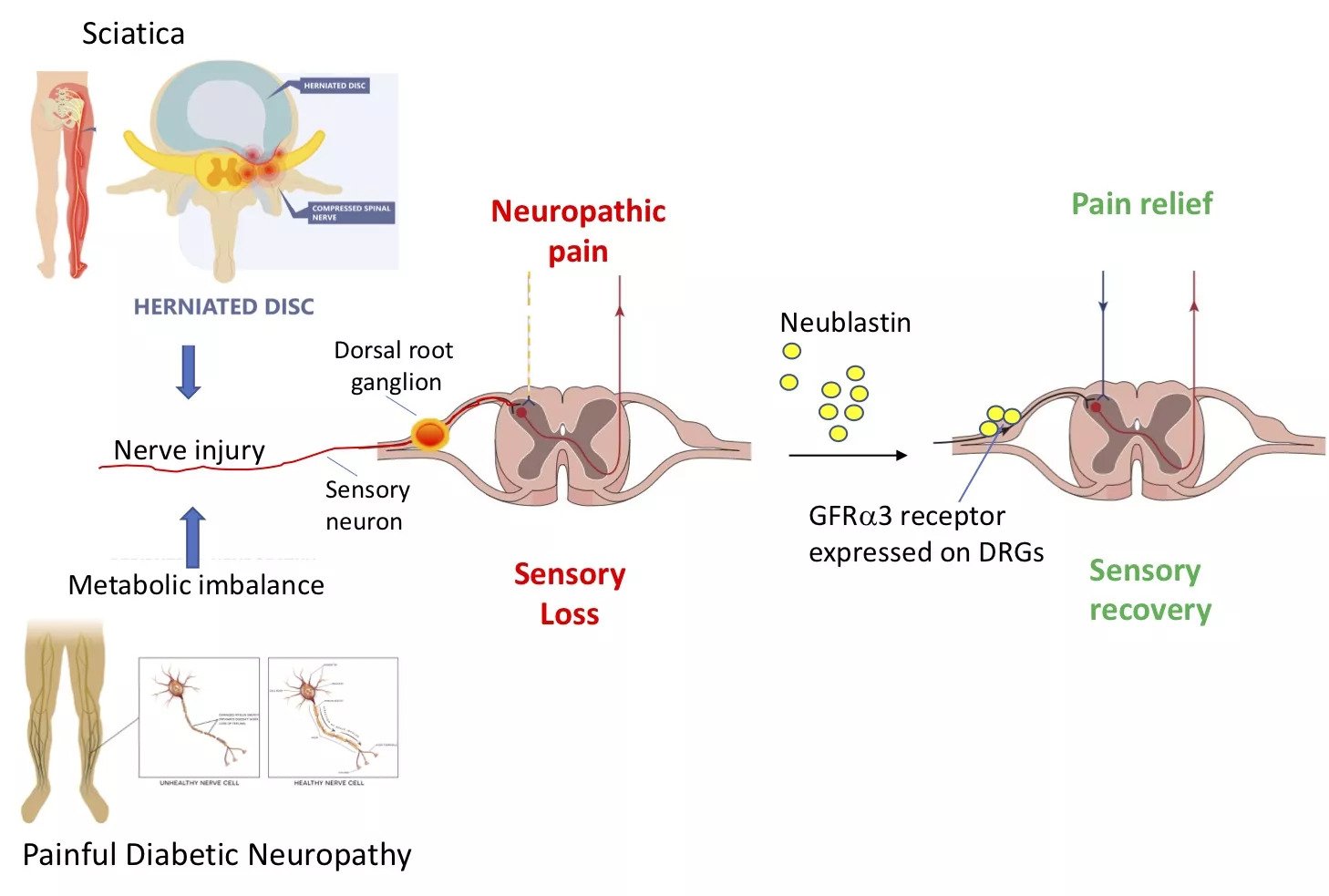 SB0101 consists of a formulation of  the sensory survival and regenerative factor Neublastin (NBN). During the nervous system development, NBN supports the growth, differentiation, and function of sensory neurons. By readministering NBN in conditions of diseased sensory neurons, including sciatica and PDN, we leverage the natural reparative mechanism of NBN to repair injured sensory neurons, restore sensory function, and to alleviate the pain.

NBN mediates signaling by binding to the GDNF  family receptor alpha 3 receptors (GFRalpha3), which are selectively expressed on sensory neurons. NBN can therefore be administered systemically to target sensory neurons in an effective and still selective manner.

NBN has demonstrated extraordinary therapeutic activity in multiple preclinical models of traumatic neuronal injury. Indeed, NBN has been shown to mediate neuroprotection, promote neuronal regeneration, and restore neuronal and tissue connectivity both at distal nerve endings and at the level of the spinal cord. NBN has also been demonstrated to normalize biomarkers of neuropathic pain.

Collectively these data indicate that NBN exhibits a great and broad spectrum of therapeutic activities and has the potential to become a transformational  treatment of  sciatica and PDN, as well as for other conditions of traumatic nerve injury and neuropathic pain.